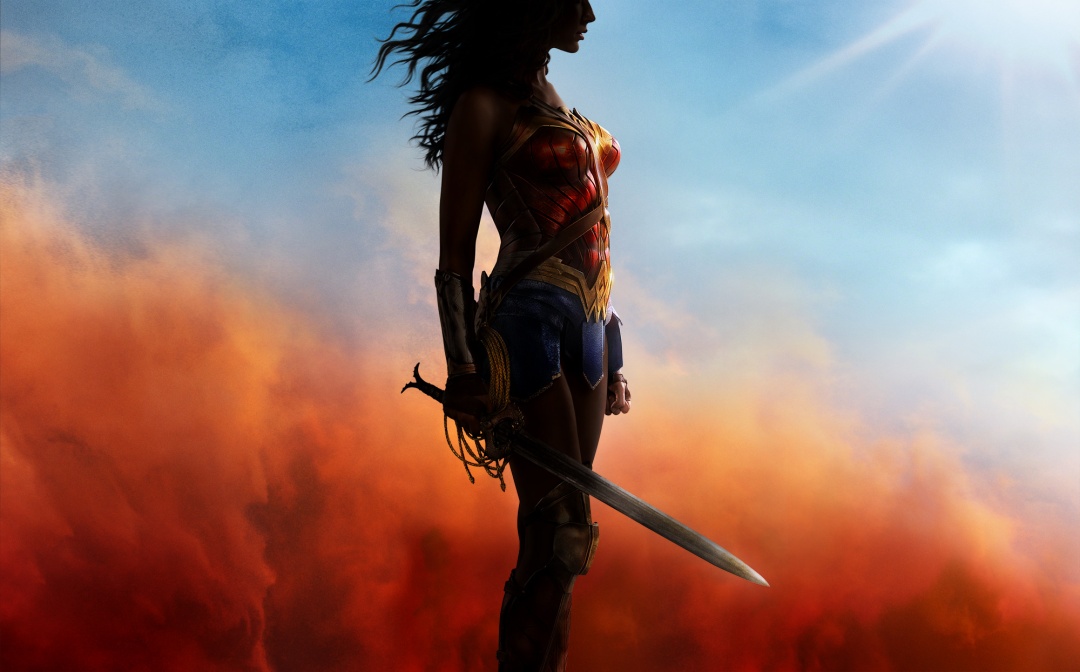 Given my previous review of Professor Marston and the Wonder Woman, I thought that it would only be fitting to pair the giant female superhero blockbuster with the people that inspired her.

Wonder Woman revolves around Diana Prince (Gal Gadot), the Princess of Themyscira, who lives on an isolated island away from mankind with Amazon warriors, all of whom are women. When Steve Trevor (Chris Pine) crash lands on the island, he alerts the Amazons of the war going on in the outside world, Diana believes that the Greek god of War, Ares, who her mother has always warned her about is behind World War I and joins Steve Trevor to the land of men in order to stop Ares once and for all.

Wonder Woman provides a refreshing take on superheroes and proves that there is more than the brooding, quippy, ego measuring contest often seen in male heroes. Diana Prince is optimistic, hopeful, naïve, curious, and above all else she believes that love, as opposed to fighting, is the way to save the world (though she is not afraid to kick some ass if need be). Though the movie does have some flaws, namely the third act and the villain, this movie is important to people everywhere because it shows that women are capable of anything.

Director Patty Jenkins, somehow balances Wonder Woman’s origin as well as setting up the island of Themyscira, the villains, side characters, and World War I. The character, Steve Trevor, played by Chris Pine is also incredibly written and portrayed. When Trevor accidently crash lands onto Themyscira, and is confronted with a group of powerful, warrior women he does not question it, he simply accepts that he is out of his element, while also providing comedic relief and a human character to root for throughout the film. There is also a great fish-out-of-water element when Diana and Trevor head out to London and Diana is confronted with 20th century clothing, technology, customs, and traditions. All these elements prove Jenkins to be a more than capable director. Hopefully this will help female directors get more opportunities in big budget films.

The biggest disappointment of the movie by far is the villain, Ares. Ares, the Greek god of War, fails to deliver on intimidation, fright, and vigor, he instead turns out to be an over-the-top antagonist citing dialogue like “I will destroy you!” or “You are no match to me,” which makes him another cliché superhero villain that does not deliver on the stakes of the film. This also holds true for the other ancillary villains, Dr. Poison, who often starts a sentence before pausing and exaggerating the last word to make whatever she is doing seem more dramatic, and General Ludendorff, who is willing to do whatever it takes so the war can go on.

No doubt this film resembles Captain America: The First Avenger, but Wonder Woman manages to stand on its own and is more memorable than the first Captain America movie. Not only because this is the first time Wonder Woman is featured on the big screen but also because Wonder Woman is a symbol of empowerment and equality, not only to women, but to people everywhere. Unlike the rest of the DCEU movies, Wonder Woman has plenty of color, lightheartedness, and is most importantly – fun. Wonder Woman will no doubt, and has already started, carving a path for more female driven stories, give more chances to female directors, and see more women heroes on the big screen.

I give Wonder Woman a B+